The Trustees have awarded a grant to assist Queenslander Lauren Lodge-Campbell with her student tuition fees at the London Guildhall School of Music & Drama on the Artist Masters Program (Vocal Studies).  Lauren will study for 2 full years and the Trust has awarded her a grant in her first and second years.

‘I am very honoured and extremely grateful to be a recipient of a grant that has enabled me to study my Masters of Music at the Guildhall School of Music & Drama. The opportunities available while studying in the UK are invaluable - in June 2016 I will make my Barbican Hall debut, singing with the London Symphony Orchestra, conducted by Sir Simon Rattle. I would like to sincerely thank the Trust for their support.’  Lauren Lodge-Campbell

Lauren graduated from Matthew Flinders Anglican College (Buderim, Qld) and is currently a post graduate student at the Queensland Conservatorium of Music studying with Margaret Schindler.  She is also learning German, Italian and French to assist in her singing career.

Lauren’s aim is to establish herself as an international artist, working in opera, oratorio and art song, in the UK and Australia and eventually on the world stage.

The Trustees are delighted to have made the Trust’s first grant to Lauren and wish her the very best in her future studies at the Guildhall School of Music & Drama in London.

his study on exchange at

The Trustees have awarded a grant to Justin Campbell towards his travel to the UK and his accommodation fees at Royal Holloway University London.

Justin Campbell is participating in the International Exchange Program between Flinders University, Adelaide and Royal Holloway University of London.

Justin graduated from Flinders University last year, achieving a Bachelor of International Studies and Bachelor of Arts.  His goal is to study for a Masters degree, the subject relating to foreign and great power intervention.   As to the future, Justin would like to pursue a career in the area of policy research and development and eventually to consider entering the political arena.

The Trustees are pleased to have awarded Justin a grant in order for him to attend Royal Holloway University of London and wish him the very best in his studies and future career prospects.

The Trustees have awarded a grant to assist Allegra Day whilst she studies for her Masters of Business Administration at Oxford University.  The grant awarded will pay for Allegra’s accommodation.

“Receiving a grant from the Australia Day Foundation UK Trust has had a significant impact on me. As a young Australian looking to study a blend of social entrepreneurship and business, the UK was a natural choice. Support from the Trust to attend Oxford’s Kellogg College has enabled me to access world-class facilities, teaching, peers and networks”. Allegra Day.

Allegra graduated from Sydney University attaining a Bachelor of Laws (Honours) and Bachelor of Economics.  She also studied on an exchange programme at Utrecht University.

In 2012 Allegra was admitted as a Solicitor to the Supreme Court of NSW and for the past 2 years she has been a Consultant at Social Ventures Australia.

Sydney born Andrew Hunter will begin studying for his BA Hons Land Economy Tripos at the University of Cambridge in October and the Trustees have awarded Andrew a grant to cover the cost of his college fees at St. Edmund’s College for 3 years.

“Without the support of the Trust, I would not have been able to pursue my academic passions at the University of Cambridge. The Trust empowers me with the confidence that I can immerse myself into my degree and the Cambridge experience without the associated financial burden. The Australia Day Foundation UK Trust grant is quite simply stated, life changing." Andrew Hunter.

Andrew was educated at Cranbrook School, Sydney and gained his Bachelor of Commerce/Bachelor of Arts from the University of Sydney.  A keen sportsman Andrew won five Premierships for the Sydney University Rugby Club and represented Australia in the Australian Universities Rugby XV in 2012 against New Zealand and Japan.  He was a volunteer at Redfern Jarjum College, mentoring indigenous children and was a volunteer lifeguard at Queenscliff Surf Club.

at the University of Oxford

The Trustees have awarded a grant to assist Frances Christodoulou with her college and tuition fees whilst she studies for her Masters of Science in Environmental Change and Management at Oxford University.

“I feel incredibly lucky to have received funding from the Trust. The support has enabled me to pursue studies in geography and environment at Hertford College, University of Oxford. The opportunity to be a part of such a vibrant, international institution has been extraordinary, and the Trust has been instrumental in making this experience possible for me.” Frances Christodoulou

Frances completed her secondary education at Sydney Girls High School prior to achieving a BEng and BSc at the University of New South Wales, graduating with first class honours.  Post-graduation Frances worked in the renewable energy field and this led her to interest in energy and environment policy and governance.

Frances enjoys playing football, water polo and swimming and was captain of her local swimming club and a volunteer swimming squad coach for the junior members of the club. From an early age Frances enjoyed ballet and music lessons.  She is a member of Eclectica Coventry Orchestra.

The Trustees have awarded a grant to assist South Australian Zephyr Hicks as she pursues a Masters of Law degree at University College London.  The grant will contribute to her course tuition fees.

“I am incredibly thankful for the chance to further my studies at University College London. The Trust’s assistance has helped to provide me with an unparalleled opportunity to gain a broader understanding of human rights issues, particularly in the European context. I am very excited to bring this knowledge back to Australia and work towards improving our own human rights framework”. Zephyr Hicks

Zephyr gained her Bachelor of Laws and her BA in Politics & International Studies at the University of Adelaide.  She spent some time working in government departments in Queensland and most recently worked in the Office of the Queensland Parliamentary Counsel.

Zephyr travelled to Poland to as an English teaching assistant before taking up her degree.  Passionate about human rights, Zephyr has volunteered for a number of SA institutions including at Hope Cafe, a new arrivals welcome centre, the Women’s Legal Service South Australia and a Close the Gap project in Adelaide.

Zephyr has a personal connection to UCL.  In the 1970’s her grandfather won a scholarship to complete his degree before returning to Australia to teach in Australia’s rural schools.

The Trustees have awarded a grant to assist Francis Heil with his tuition and accommodation fees to study for his MPhil in Engineering for Sustainable Development.

‘The generous grant from the Trust will support me to live and study at the University of Cambridge, where I will immerse myself into the vibrant community of thinkers and continue forging my career in engineering and sustainability. I am very grateful for the Trust’s commitment to supporting and highlighting the talent of Young Australians.’

Francis graduated from the University of Melbourne, achieving a 1st class Hons Bachelor of Engineering (Chemical) and Bachelor of Science (Microbiology/Biochemistry).

Francis grew up in Mildura on the Murray River in Northern Victoria, and he has a keen interest in water resources. He is passionate about improving processes, infrastructure, sustainability and the overall quality of life of the communities he works in. His ambition is to shape significant projects and environmental strategy in Australia, and contribute to developing a more sustainable and resilient planet.

He volunteers for Engineers Without Borders (EWB) Australia, leading the Water, Sanitation & Hygiene Knowledge Hub in Victoria for the past four years. He has mentored University students for the past two years during Humanitarian Design Summits in India and Cambodia.

The Trustees wish Francis success in his studies and future career.

The Trustees have awarded Ledia a grant to cover the cost of her international student Fees - 2018 to 2020.

‘Receiving this grant allows me to pursue my PhD on design and international development at UCL’s Institute for Global Prosperity. I have access to exceptional mentors, peers and networks; my supervisor is one of the world’s leading experts in the field; and my capability is growing exponentially day by day. I am so grateful to the Australia Day Foundation UK Trust for its generosity and kindness in making this possible.’  Ledia Andrawes.

After Ledia qualified as a designer at the University of Technology, Sydney, she worked to test ways collaboration, courage, experimentation and empathy can support international development organisations to forge alternative futures.

Ledia’s aspiration is for international aid – how it’s planned and delivered – to become more effective. She fundamentally believes in the deep-seated power of people to shape more equitable and sustainable futures.

The Trustees are delighted that our grant will enable Ledia to dedicate her time fully to completing the PhD at University College London.

Jack Kelly awarded a grant towards his

tuition fees at the University of Oxford

The grant enables Jack to transition from part-time to full-time study for his DPhil Engineering Science course at the University of Oxford.

"Receiving the Trust’s support has been life changing, and has allowed me to pursue a PhD at Oxford University without financial barriers. The grant came at a crucial time for funding deadlines and has enabled me to chase my dreams. In practice, this means I can fully devote my time at Oxford to my studies and advancing my educational field."  Jack Kelly

He is determined to help solve the complex issue of delivering reliable renewable energy and hopes to change the Australian energy landscape, transitioning from a carbon-based energy model to a renewable environment.

Jack is an outstanding rower and in 2012 was Prince Alfred College Rowing Team Captain, Harvard Lightweight Rowing Captain, season 2016-17 and this year was selected for two Senior South Australian Boats.

Jack is currently volunteering for Anthroposphere; The Oxford Climate Review as Events/Outreach Director.

The Trustees are delighted that Jack is no longer a remote student and is now in a position to move to Oxford University to finish his degree.

The Trustees are very pleased to support Charlotte as she undertakes the Masters of Stroke Medicine degree at University College London.

‘I am honoured to receive the support of the Trust, which will allow me to undertake an exciting year of learning and research under the guidance and mentorship of international leaders in stroke care, which in turn will empower me to treat the countless lives of those affected by stroke.  This life-changing opportunity would not be possible without the generous support of the Trust’.  Charlotte Howland

Charlotte graduated from The University of Sydney with a Bachelor of Applied Science (Speech Pathology), Honours Class 1. She has had publications in Speech Pathology journals and received prizes from her Professional Association for outstanding academic and clinical skills.

Charlotte works as a Speech Pathologist at the Prince of Wales Hospital Sydney.  She is involved in numerous state-wide clinical networks and has held a formative role in establishing the hospital’s weekend Speech Pathology service.  She is passionate about providing high quality clinical care to the patients that she sees.

Charlotte’s goal is to advance the clinical skills, reputation and knowledge base of the Speech Pathology profession and to train others to improve stroke care in Australia. 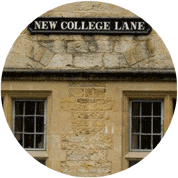 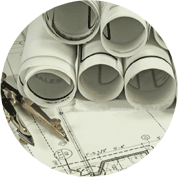 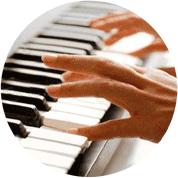 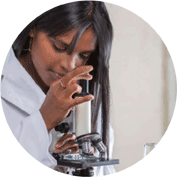 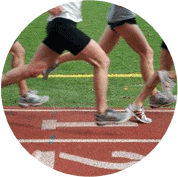